Vitamin C (also called ascorbic acid)  is an essential nutrient, a nutrient we have to obtain from our diets – our bodies do not manufacture it. Found only in fruit and vegetables,  the highest content is obtained in uncooked, or raw foods.  When you think of it, Vitamin C also stands for Citrus, a major source of Vitamin C.

A disease called scurvy was first written about around 1500 BC and later (apparently) in 450 BC described by none other than Aristotle as being a disease characterised by inflamed gums, tooth decay, lack of energy and bleeding problems.  In the 1700’s many British navy sailors and other fleets died of the disease.  It was only around 1932 that James Lind discover that the juice of lemons could prevent, even cure this dreaded disease. Thereafter ships carried British West Indies Lime on board for sailors to take on a daily basis. (It is said that that is how the British sailor’s became known as “limey’s”)

Other cultures discovered their own forms of Vitamin C – powdered rose hips, or spruce needles consumed daily as a tea. In the past, vast amounts of Vitamin C was consumed through diets – fresh fruits and vegetables. In our modern life styles today though, the required 5 – 6 servings of fruit or vegetables is a luxury many cannot afford through time and lifestyle factors and the unending increase in the price of fresh fruit and vegetables.  It’s therefore much easier to grab your daily dose of Vitamin C in a more convenient form, such as a pill or a canned drink!

Ascorbic Acid (Vitamin C)  is readily absorbed in the intestines – about 80% is ingested, but it is used up by our bodies within about 2 hours and for this reason the guru’s suggest it is taken every four hours.  Note that your body will use up your Vitamin C intake much quicker if you use excessive alcohol or worse even still, if you smoke.

Why do we need this Vitamin?  One of the most important functions of  Vitamin C  is the formation and maintenance of collagen, the basis of connective tissue which is found in our skin, ligaments, cartilage, joint linings, bones and teeth. It is needed to help us heal from wounds and to maintain healthy blood vessels.   Vitamin C is said to be beneficial for the improvement in colds, anaemia, allergies, glaucoma, arthritis, skin disorders. diabetes and hypertension.

So … if you are not getting your daily dose of Vitamin C (RDA 60mg per day) from your veggies and fruits then start taking a nutritional supplement.  Have a look at Absorbent C found in the nutrition category on the home page  – 1 tablet, which is chewable and has a pleasant citrus flavour, contains 60mg of Vitamin C. Bearing in mind that your body uses the intake up in 2 hours, we suggest  a minimum of 2 tablets per day -3 is better! 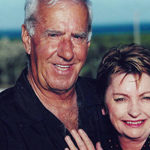 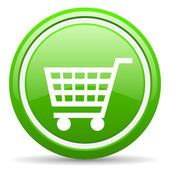 PLEASE NOTE: while prices are quoted in South African Rands, when you choose “Buy Now Credit Card” option, you will be asked what country you are in and the prices will be converted to your currency.

Has Aloe Vera stood the test of time?

Four vegetables are indispensable for the wellbeing of man;
Wheat, the grape the olive and aloe
The first nourishes him; the second raises his spirit;
The third brings him harmony and the fourth cures him”